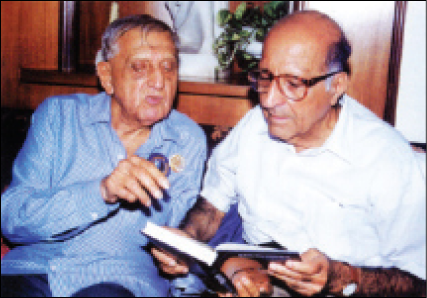 With Sohrab P. Godrej, at the launch of the book Nani Palkhivala, Selected Writings. (1999)

“We keep on tackling breezily fifty-year problems with five-year plans, staffed by two-year officials, working with one-year appropriations, fondly hoping that somehow the laws of economics will be suspended because we are Indians”

“Bad economics may temporarily be good politics; but politics should be behind a fiscal law, and not in front of it”

“The best definition of ‘inflation’ is the simplest: When government spends more than it gets, and labour gets more than it gives, the empty feeling in your pocket is inflation.”

“Among the nations of the world, India ranks very high in innate intelligence, but abysmally low in wisdom.”

“Indian democracy has reached its nadir because in our average politician we have a sordid amalgam of lack of intellect with lack of character and lack of knowledge.”

“We, as a nation have some fine qualities, but a sense of value of time is not one of them.”

“The bane of India is the plethora of politicians and the paucity of statesmen.”

“Today the university student is aware 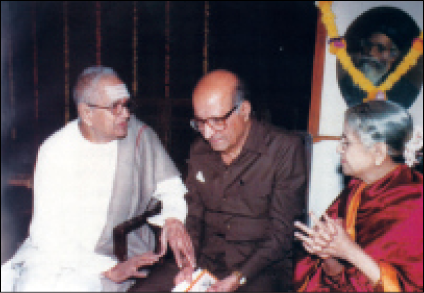 “A nation progresses gloriously when knowledge and power are combined in the same individual. It faces a grave crisis when some have knowledge and others have power”

“We must get away from the fallacy of-the legal solubility of all problems.”

“It is a truism, and like most truisms often forgotten, that taxes, like water, have a tendency to find the lowest level. In the last analysis, almost all taxes ultimately hit the common man.” 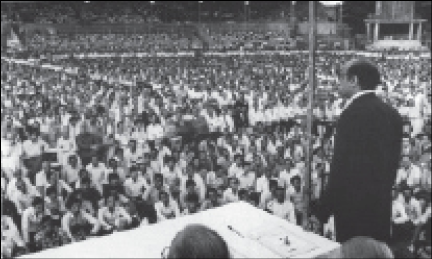 Delivering one of his legendary budget speeches to the multitudes gathered at Brabourne Stadium.

“Every budget contains a cartload of figures in black and white – but the stark figures represent the myriad lights and shades of India’s life, the contrasting tones of poverty and wealth, and of bread so dear and flesh and blood so cheap, the deep tints of adventure and enterprise and man’s ageless struggle for a brighter morn. “Our people, like any other, fall into three segments:

Our tax legislation ignores the first class, is preoccupied with the second, and alienates the third.”

“There are several socialist countries in the world, but India is the only country where income-tax and wealth tax can together amount to more than the total income.” 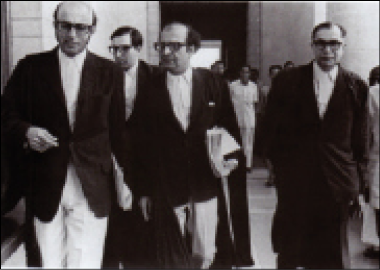 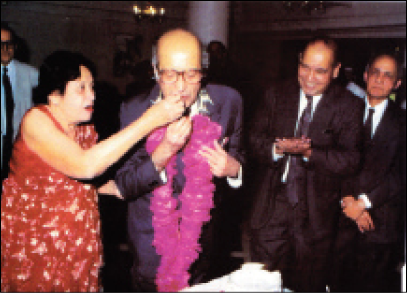 “The constitution is not a jellyfish; it is a highly evolved organism. It has an identity and integrity of its own, the evocative Preamble being its identity card. It cannot be made to lose its identity in the process of amendment.”

“The Constitution was meant to impart such a momentum to the living spirit of the rule of law that democracy and civil liberty may survive in India beyond our own times and in the days when our place will know us no more.”

“The Constitution is a part of the great heritage of every Indian. Its founding fathers wanted to ensure that even while India remained poor in per capita income, it should be rich in individual freedom.”

“Ours is a noble Constitution, worked in an ignoble spirit.”

“Democracy involves the co-operation of all perceptive citizens in the active work of running the country. It means payment to the state, not only in taxes but in time and thought…”

“It is unfortunate that our government keeps the nation’s most outstanding men out, standing.” 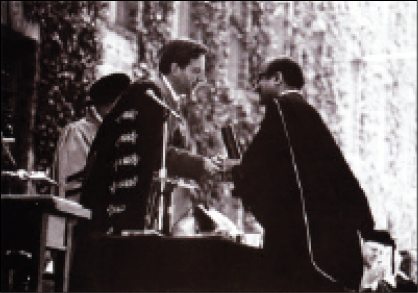 Receiving his Doctor of Laws from William G. Bowen, President of Princeton University. (1978)

“The nagging question which will not go away is – is India a collection of communities or is it a nation? In other words, is India a state without a nation? Unfortunately, the most pronounced trait of the Indian politician is to put himself first, his own party second, and his country figures nowhere in his calculations.”

“A nation’s strength lies not so much in its wealth as in its character. A nation with a future has to be a nation with character. It is when character saps that you have the phenomenon of widespread evasion.”

“Perhaps there is no other country on earth which has in such ample measure all enterprise and skills needed to create national wealth, and which takes such deliberate and endless pains to restrict and hamper its creation.”