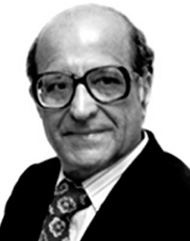 In 1975 he was elected an Honorary Member of The Academy of Political Science, New York, in recognition of his “outstanding public service and distinguished contributions to the advancement of political science”.

In September 1977, Mr. Palkhivala was appointed Ambassador of India to the United States of America.

In June 1978 the Princeton University, New Jersey (USA), conferred on Mr. Palkhivala, the Honorary Degree of Doctor of Laws, describing him as “defender of constitutional liberties, champion of human rights, teacher, author and economic developer.”

In April 1978 the Lawrence University, Wisconsin (USA), conferred on Mr. Palkhivala, the Honorary Degree of Law with the following citation :–

“…. As India’s leading author, scholar, teacher and practitioner of constitutional law you have defended the individual, be he prince or pauper, against the state; you have championed free speech and an unfettered press; you have protected the autonomy of the religious and educational institutions of the minorities; you have fought for the preservation of independent social organisations and multiple centres of civic power …. Never more did you live your principles than during the recent 18 month ordeal which India went through in what was called “The Emergency,”…
Under the shadow of near tyranny, at great risk and some cost, you raised the torch of freedom…”

Mr. Palkhivala was the author of The Law and Practice of Income-tax, which is the standard reference book on the subject. He is co-author of Taxation in India, published by the Harvard University in the World Tax Series. He has written a book on India’s tax structure — The Highest Taxed Nation; on the Constitution of India — Our Constitution Defaced and Defiled in which he has discussed the basic features of the Constitution and the amendments made to it; and on the cultural heritage of India — India’s Priceless Heritage. In 1984, We, the People, and we the nation was published which contains extracts from his speeches and writings of over three decades. This volume also includes extracts from his speeches on the Union Budget, and an incisive analysis of the public policies of India.

He has argued number of landmark cases in the Courts of India and abroad.

Mr. Palkhivala successfully argued before the Supreme Court the cases which affirmed the Fundamental Rights of minorities to establish and administer educational and religious institutions of their choice, and to choose the language in which education should be imparted.

Barring some exceptions, the above cases were all fought by him on honorary basis and as a matter of service to the nation.

Mr. Palkhivala had many activities outside the immediate sphere of his work. He was the President of the Forum of Free Enterprise, Chairman of The Leslie Sawhny Programme of Training for Democracy, The A. D. Shroff Memorial Trust, The Lotus Trust, and the Income Tax Appellate Tribunal Bar Association, Bombay, and a Trustee of other charitable trusts.

Felicitated with the Life time achievement award by Maharashtra Governor, Hon’ble Shri P. C. Alexander at a function organised by the All India Association of Industries (AIAI) on 15th April, 1999.